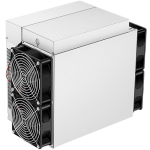 The body adopts a new integrated design, the whole machine ultra-high integration, more beautiful, safer, more convenient, more scientific use of space in the mine. All accessories for Bitmain Antminer S19 Series are available here. Find what you need! It is very important to check and repair Antminer S19 ASIC Miners’ faults. We provide troubleshooting and solutions for all Antminer S19 models.

How to Clean and Dust the Bitmain Antminer S19 Series？ Solo Mining With Bitmain Antminer S19 XP: All You Want to Know How Much Does an Antminer S19 Make a Day?

How Long Does It Take to Mine 1 Bitcoin With Antminer S19 Pro?

For example, based on the current hash rate it would take fourteen S19 Pros to mine 1 Bitcoin per month. Or, put differently, one S19 Pro could mine 1 Bitcoin in 14 months (not accounting for a rise in hash rate over time).

How Much Does Antminer S19 Cost?

Which Antminer is Most Profitable?

The Antminer S19 Pro is the most profitable ASIC miner for Bitcoin and the SHA-256 algorithm for now.

Which Antminer is Best for Bitcoin?

The best cryptocurrency mining equipment available right now for mining Bitcoin and other SHA-256 cryptocurrencies is the Antminer S19 Pro ASIC Bitcoin miner device. This is given the highest hash rate, efficiency, and power consumption.

How Long Does an S19 Miner Last?

The lifespan of an ASIC is influenced by its model, maintenance, and manufacturing dates. For instance, the Bitmain Antminer S19 Pro, the most recent antminer, is anticipated to last for more than five years. Other antminer models like the Antminer S9 last up to 3 years.

What Coins Can Antminer S19 Pro Mine?

The SHA-256 algorithm mining device Antminer S19 Pro is made by Bitmain. It has a maximum hashrate of 100TH/s and can mine Bitcoin (BTC) and Bitcoin cash (BCH) while using only 3050W of power.